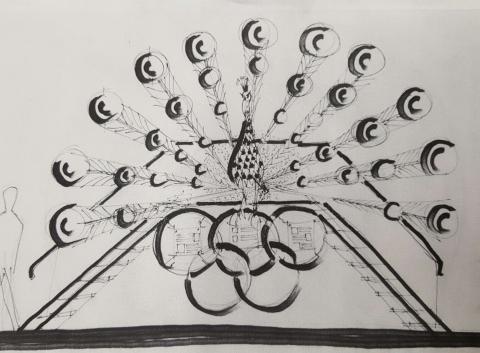 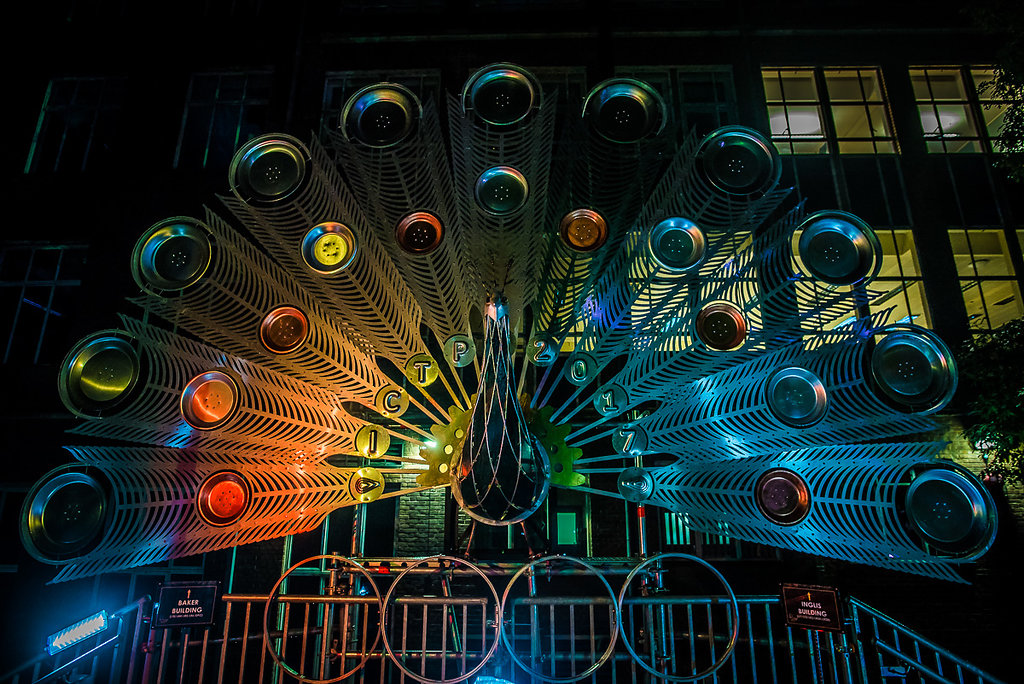 The ICTP2017 Peacock, designed by Cambridge artist David Carmichael, celebrates the technologies of metal forming. It has been created for the 12th International Conference on Technology of Plasticity, held in the UK for the first time, in Cambridge, in September 2017. The peacock was made with a combination of established techniques and new processes developed in the Cambridge University Engineering Department and was unveiled at our spectacular opening public lecture. 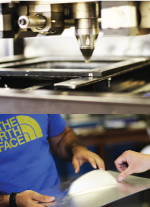 A smooth indenter moves across a sheet under computer control to create unique parts. Research in Cambridge has revealed that this process creates a through-thickness shearing which increases forming limits, and with a stereovision camera has led to the first application of closed-loop control of geometry in sheet forming. 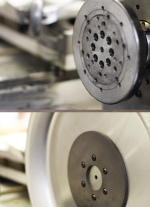 This process, invented in Cambridge and now embodied in an industrial prototype by Primetals Ltd, replaces the mandrel used in conventional spinning with three computer-controlled rollers. The seven variant eyes of the Peacock’s feathers could therefore be made by the same process without any dedicated tooling. 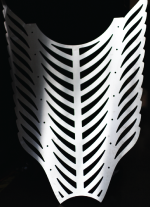 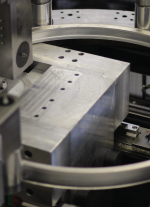 Ring rolling is used to expand and shape metal rings with a rectangular cross-section. The new process invented in Cambridge allows computer-controlled shaping of the rings with no material removal. The cross-sections of these rings spell out the conference acronym, ICTP, and were made with no scrap at all. 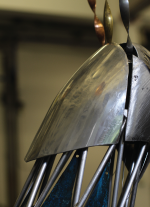 Back of head: English wheel

Before widespread adoption of the double-action press, car-body parts were shaped with this simple process. Two opposed rollers force a local thinning of the sheet, causing localised spreading and bulging. 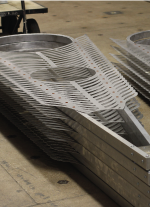 Aluminium extrusion is widely used to create long profiles with constant cross-sections. The semi-circular ends of the ribs were welded. 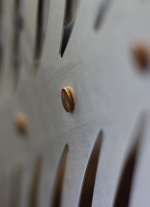 396 copper rivets were used to assemble the feathers, hammered between two dies to create a stiff joint between the separate components. 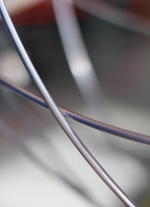 Three-roll bending, with a central roll offset from two support-rollers, was used to shape the wires and feathers with increasing curvature. 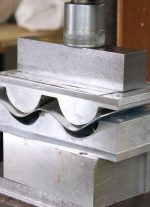 The two halves of the beak were stamped between dedicated male and female dies, squeezed in a hydraulic press and then welded. 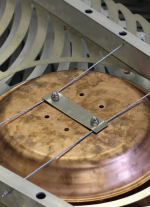 Each feather-eye is suspended on wires, which were manufactured by twisting together 49 high tensile steel strands, each of which was drawn down from rod, through a sequence of ever smaller dies. 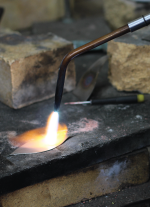 The stainless steel eyes were locally heated at the iris to around 600°C and then allowed to cool in air.