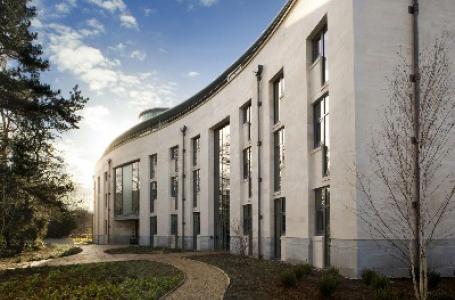 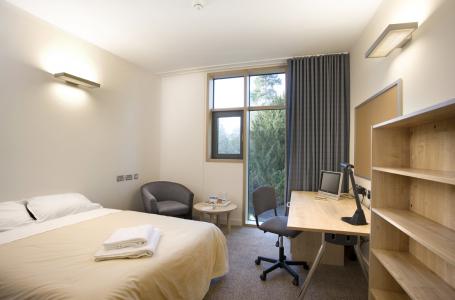 Commonly known as Caius (pronounced 'keez') this college is one of the oldest and largest in Cambridge. It was first founded in 1348 as Gonville Hall. In 1557, noted physician and Gonville Hall alumnus John Caius made substantial endowments to the College, enlarging the foundation to such an extent that it was re-founded under its current name. Caius also became Master of the College and remained so till 1573, the year of his death.

The College is now home to some 530 undergraduates, 280 graduates and 110 senior academic members.

Accommodation is offered in two new blocks, the Stephen Hawking building and Harvey Court, about a 15 minute walk from the conference venues, across the famous Backs.

The impressive, S shaped Stephen Hawking building, opened in 2007 and stands on the site of the house where Hawking wrote A Brief History of Time. Harvey Court dates back to the 1960s, but the rooms have all been recently refurbished to a high standard. The buildings stand close to one another in very beautiful gardens, not usually open to the public.

Caius is known for its excellence in teaching and research. It has produced 12 Nobel Prize winners, second only to Trinity College in this respect.

Booking accommodation will be available as part of conference registration. Please note that prices are subject to change and that accommodation may differ from photographs displayed.
Address:
Stephen Hawking building and Harvey Court
West Road
CB3 9DS Cambridge
GB
Visit the Gonville And Caius College website