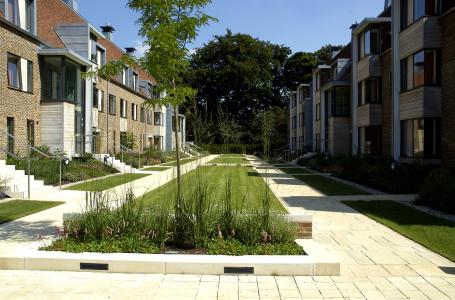 Trinity Hall, known as the ‘Hidden Hall’, is situated in the very heart of Cambridge. Nestled between Clare and Trinity Colleges, Henry James said of it, “If I were called upon to mention the prettiest corner of the world, I should draw a thoughtful sigh and point the way to the gardens of Trinity Hall.”

With its gardens, architecture and position right on the river Cam, it is an ideal location for visitors. It is only a short walk from the conference venue as well as restaurants, bars, museums and attractions.

The fifth oldest College of Cambridge University, Trinity Hall was founded by Bishop William Bateman of Norwich in 1350. This elegant venue holds many architectural treasures and historical artefacts dating back to Medieval times.

The name of the college distinguishes it from its neighbour, Trinity College. In the early years of Oxford and Cambridge Universities the term college simply referred to the group of students who lived within a Hall. Later on it became fashionable to adopt the name College instead of Hall. However by the time this became fashionable Henry VIII had created his own Trinity College, leaving Trinity Hall no option but to remain as Trinity Hall.

Booking accommodation will be available as part of conference registration. Please note that prices are subject to change and that accommodation may differ from photographs displayed.
Address:
Trinity Lane
CB2 1TJ Cambridge
GB
Visit the Trinity Hall website