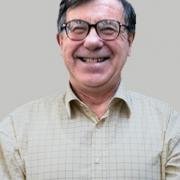 Tony Atkins is Emeritus Professor of Mechanical Engineering at the University of Reading, and Visiting Professor at Imperial College.

He was a research student of David Tabor’s in the PCS Cavendish Laboratory at Cambridge and taught at the University of Michigan (Ann Arbor) and Oxford University. He worked at the US Steel Research Laboratories in Pittsburgh and at Delta Metal’s Group Laboratories in Ipswich.

His interests are in the large deformation flow and fracture of all sorts of solids including biological materials, and range over both mechanics and microstructural effects. He has authored a number of books and published many papers.

He twice received (with co-workers) the ASM ‘Wilson Award’ for (i) work on creep and hardness, and (ii) the use of mutual indentation hardness in forensic investigations. NASA commended him for the production of fibre-reinforced composites having simultaneously high toughness, strength and stiffness, and the IMechE has twice awarded him (with co-workers) the Donald Julius Groen prize. He is a Fellow of the Royal Academy of Engineering.

Abstract: The importance of toughness

In forming, the yield strength (k, Pa) of the material being worked determines how easy or difficult it is to achieve permanent deformation and hence the size of equipment required to do the job. The ductility of the workpiece is also important, but here difficulties arise because the strain to fracture in a tensile test, say, is not directly transferable to the failure of a component subjected to multiaxial states of stress and strain during working.

The correct property to quantify ductility is fracture toughness (R, J/m2) which is the resistance to the initiation and propagation of cracks in the workpiece. Fracture toughness is a fundamental material property, ultimately linked to microstructure, and may be determined experimentally just like Young’s modulus (E), yield strength and so on and, like them, may depend on temperature, environment, rate and extent of deformation, state of stress and so on.

Toughness work is dissipated in thin boundary layers contiguous with new crack faces. Although the volume of the boundary layers is small, the local work/volume for fracture is high. The concept of chemical surface free energy g does not include the highly deformed sub-surface layers found with practical fractures which is why R >> g (for ductile metals kJ/m2 rather than J/m2).

Limits to deformation in primary and secondary working have historically not been couched in terms of toughness, but rather as empirical combinations at failure of stress, or of strain, or of both, which are often specific to particular forming processes. We shall show how such limits may be generalised in terms of toughness and connected to different modes of cracking. We shall also demonstrate with experiments these different effects.

In some manufacturing processes, separation of parts of the workpiece is required such as in the slitting and trimming of sheets, can opening, guillotining, punching of holes and so on. ‘Separation’ is fracture by another name. Instead therefore of eschewing cracking, these processes must operate beyond the limits of normal forming. Processes may start as flow (controlled by the laws of plasticity) but then become simultaneous combined flow and fracture (controlled by the laws of elastoplastic fracture mechanics). The transition from one mode to the other is governed the toughness-to-strength (R/k) ratio of the workpiece. This ratio has the dimensions of length and is an important workpiece property.

For example, whether continuous chips, discontinuous chips or brittle ‘knocking lumps out’ occur when cutting, is controlled by the non-dimensional elastoplastic parameter (ER/k2t) where t is the uncut chip thickness. Roughly speaking, when t < (ER/k2) ductile continuous ribbons occur but as t is progressively increased and (ER/k2t) diminishes, a spectrum of increasingly discontinuous types of chip result. This is readily shown in the laboratory using PMMA as a workpiece. Glass has (ER/k2) » 50 mm and shatters when cut at ‘normal’ depths of cut but it can be machined at micrometer depths of cut. The same reason applies for grinding hardened surfaces of metals that cannot be machined in the normal way. Again, materials normally considered very ductile will produce highly discontinuous chips and bad surface finish when cut with very large t.

Such effects are manifestations of the scaling law found in all problems of combined flow and fracture. Scaling arises because the remote work stored elastically or dissipated plastically over the whole body depends on volume, but the work required for fracture depends only on the area of the cracked surface with its boundary layer of highly damaged, and separated, material below. Despite the fact that incorporation of toughness in analyses of cutting explains quantitatively so many aspects of machining, some metal cutters do not believe that fracture can have anything to do with cutting. In consequence they employ artifices such as continual rezoning in FEM to simulate cutting without a criterion for separation. This seems perverse since toughness is the common thread running through the modelling of all separation processes and what is peculiarly different about ductile metals?

Scaling poses the question of what do we really understand by the classifications of ‘brittle’ and ‘ductile’ as determined by the behaviour of laboratory-size testpieces.